We are committed to the environment

Sustainability in our DNA

One of its internal values ​​at Zurich Airport Brasil is Sustainability and commitment to the environment. Therefore, it develops a series of actions at its airports, aimed at social and environmental responsibility for sustainable development.

Get to know the environmental programs in force at the airports in Florianópolis, Vitória and Macaé.

THE 17 GOALS FOR SUSTAINABLE DEVELOPMENT

In 2015, negotiations between several countries, on the occasion of the United Nations Summit, resulted in the definition of 17 Goals and 169 targets for Sustainable Development. Among the objectives outlined, which must be implemented by all countries in the world, is to ensure the availability and sustainable management of water and sanitation for all.
Here we present the projects and actions that put Zurich Airport Brasil in line with the UN SDGs. 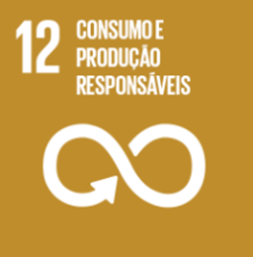 Zurich Airport Brasil complies with the WASTE MANAGEMENT project, at least 3 goals referring to the Goal 12 | Responsible Consumption and Production. Are they:

PROJECT 2: USE OF ECO-EFFICIENT PACKAGING 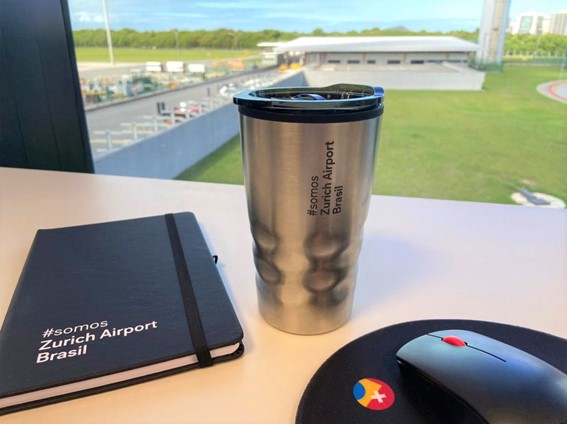 The objective of this project is to strengthen attitudes that replace the use of single-use disposable plastic packaging in the passenger terminal and with the entire administrative team at our airports. The desired goal is to ban straws, drink stirrers, cutlery, plates, cups and single-use disposable plastics by 2025. With this, we can encourage the development of returnable and more sustainable products, in addition to creating jobs and reducing logistics costs. And finally, to stimulate the demand for the development of new products with alternative raw materials.

Among the main actions that make up this project, the following can be highlighted:

Zurich Airport Brasil complies with this project USE OF ECO-EFFICIENT PACKAGING at least 1 goal referring to the Objective 12| Responsible Consumption and Production. Being her:
Goal 12.7 - promoting sustainable procurement practices. 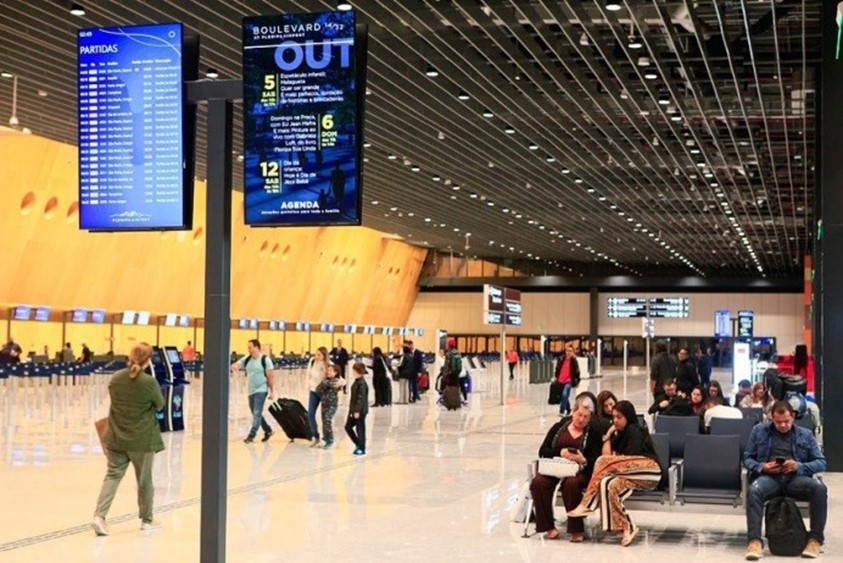 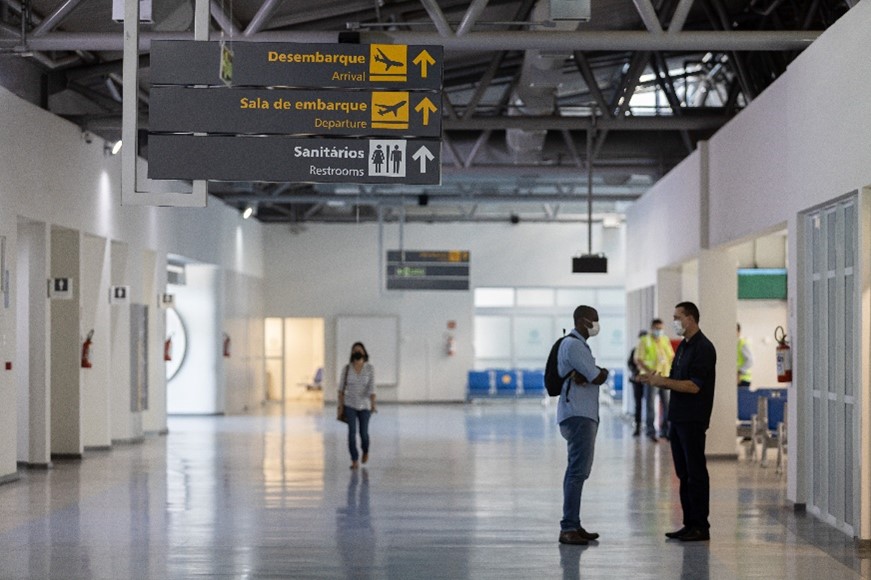 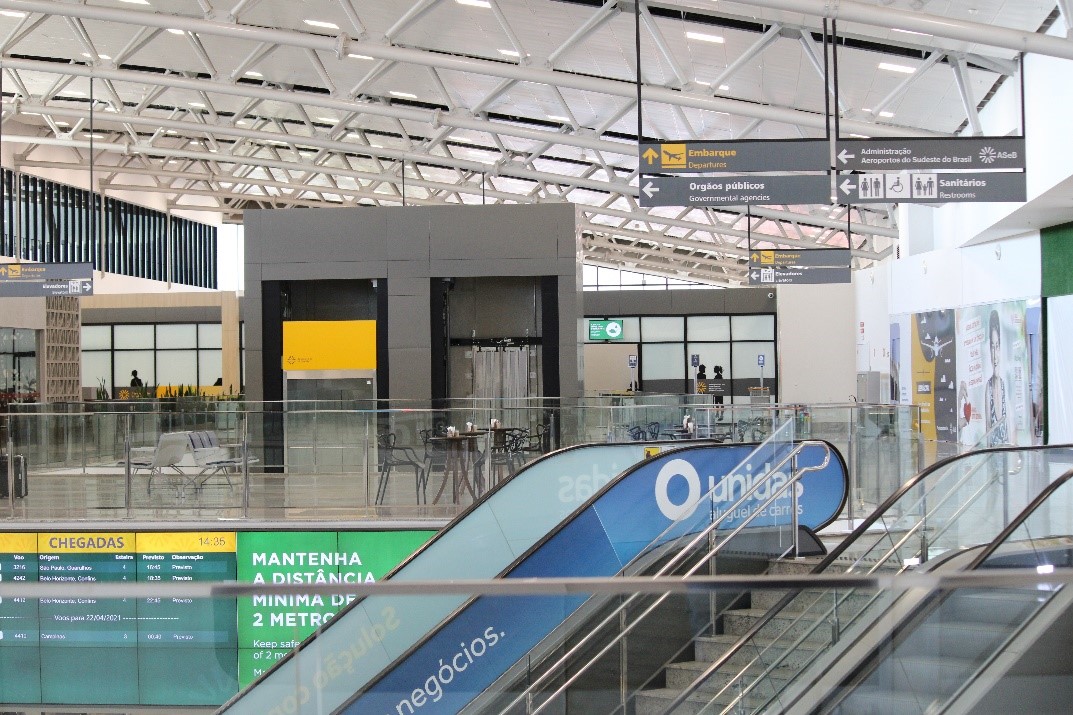 The terminal's architectural project was designed to take advantage of natural lighting, it has a Building Management System (BMS), with high energy efficiency, through intelligent sensor control. Saving resources is one of the great advantages, since the system allows you to monitor electricity consumption, turning the lights and air conditioning on and off automatically, according to the presence of people in the environment, and adjusting the temperature to the real need. of the environment by creating savings measures for unoccupied areas of the building.
The lighting installed is exclusively with LED lamps. Every structure of our airports uses special glass to take advantage of natural light during the day and block part of the sun's rays, reducing energy expenditure with artificial light.

Zurich Airport Brasil complies with the project SUSTAINABLE ENERGY at least 1 goal referring to the Goal 12 | Responsible Consumption and Production. Being her:
Goal 12.2 - Adopting sustainable management and efficient use of natural resources.

Zurich Airport Brasil complies with the project SUSTAINABLE ENERGY at least 1 goal referring to the Goal 7 | Affordable and Clean Energy. Being her:
Goal 7.a - Consuming energy from renewable sources and increasing energy efficiency.

PROJECT 4: RATIONAL USE OF WATER 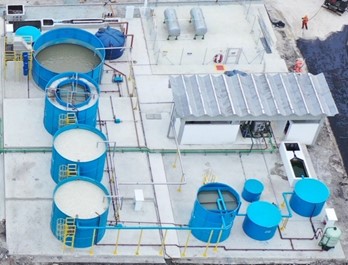 This initiative provides for the reduction of potable water consumption at our airports, adopting technologies that allow rainwater collection, treatment and reuse. The goal is to use 100% of the rainwater that falls on the Terminal.

In addition to the adoption of intelligent systems to reduce drinking water consumption (eg use of aerators and flow reducers in faucets and leak monitoring sensors), the savings in drinking water at FLN and VIX Airports are directly proportional to the volume of pluviometric precipitation (rain) in the regions. With the construction of the new terminal in MEA, rainwater harvesting will also be adopted. Thus, the greater the volume of rain on the coverage of our Terminals, the greater the savings in drinking water, thanks to the rainwater treatment system for reuse.

Treated rainwater is used to irrigate gardens, flush toilets and other points that do not require drinking water.

The preservation of springs and estuaries around our airports is also guaranteed with the effluent treatment system, which operates 24 hours a day, following the parameters required by legislation. This attests that 100% of all effluent generated is captured and treated within the airport site and the release is only allowed if it meets the regulatory requirements defined by law.

Zurich Airport Brasil complies with the project RATIONAL USE OF WATER at least 2 goals referring to the Objective 6 | Target availability and sustainable management of water and sanitation:

Zurich Airport Brasil complies with the project RATIONAL USE OF WATER at least goal regarding Objective 14 | Life on Water. Being her:
- Target 14.1 - Preventing and reducing pollution by nutrients/pollutants in water bodies.

This project consists of operating our passenger terminals with a low carbon footprint, by reducing greenhouse gas (GHG) emissions that not only accelerate global warming, but also potentiate climate change.

In January 2021, the airports of Florianópolis, Vitória and Macaé started the GHG inventory, whose purpose is to identify the most “polluting” equipment/processes and the annual amount of gases emitted by them. The information collected will serve as subsidies for us to define strategies for reducing and compensating for the gases released into the atmosphere given the operation of our airports.

In addition to reducing environmental impact, this project identifies opportunities for improvement and increased operational efficiency, reduces waste and encourages the development of new businesses, with embedded high technology. Examples of direct actions that contribute to a lower carbon footprint at the aerodrome and already in progress, we can highlight:

Zurich Airport Brasil complies with the project NEUTRAL CARBON at least 1 goal referring to the Goal 9 | Industry, Innovation and Infrastructure. Being her:
Goal 9.4 - Modernizing the infrastructure, with increased efficiency in the use of resources and greater adoption of environmentally appropriate technologies and processes.

Zurich Airport Brasil complies with the project NEUTRAL CARBON at least 1 goal referring to the Objective 11 | Sustainable Cities and Communities. Being her:
Goal 11.6 - reducing environmental impacts with attention to air quality, waste management and others. 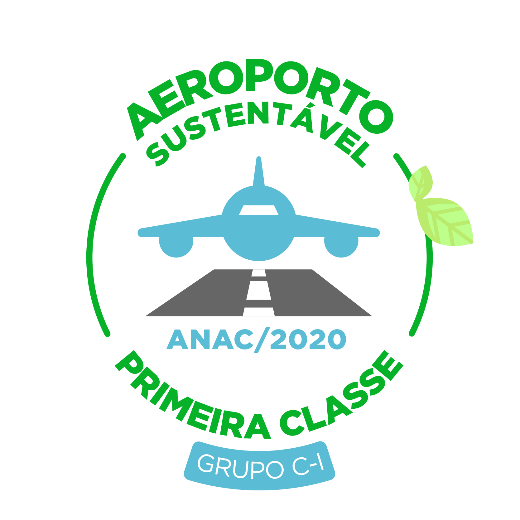 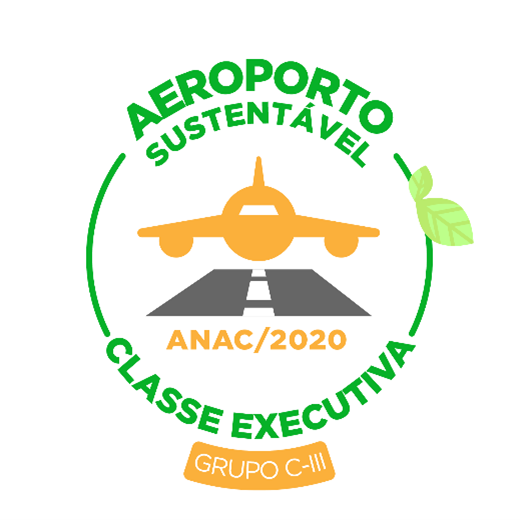 Airports around the world have focused their efforts on environmental management policies, valuing socio-environmental responsibility and investing in innovative practices, and in Brazil it has been no different.

Agencies such as the National Civil Aviation Agency (ANAC) have promoted initiatives to recognize environmental practices linked to the sustainability of air operations, such as the Sustainable Airport Project.

After several initiatives and good practices related to sustainability, Macaé Airport reached the highest score among the participants of the 2020 Edition of the Sustainable Airports Program, carried out by ANAC, within its aerodrome category, defined by number of passengers.

In addition to this great recognition in Macaé, the Floripa and Vitória Airport won the “Executive Class” seal. This means that we meet more than 50% of the criteria evaluated, within the three dimensions worked on: Externalities;
Natural and Social and Environmental Resources.

Among the most punctuated global criteria, the following stand out: waste management, electricity management, water management, health and well-being management. 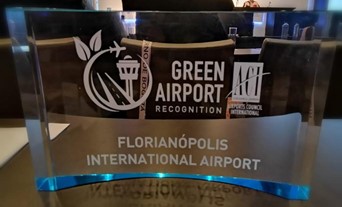 In October 2019 the Floripa Airport received, in Bogotá, the title of Green Airport by the Airports Council International of Latin America and the Caribbean, considered the most important organization of airports in the world. This award was a recognition of the current innovative management applied to solid waste generated in the entire Airport complex.

In addition to sorting and recycling, we also send all organic waste generated within the airport site for composting. The organic compost is used in our vegetable garden to produce organic vegetables. What's more, we partnered with a cement company that, using advanced technology, transforms the so-called non-recyclable waste (reject) into energy.