We are Zurich Airport Brasil, a company of the Zurich Airport group, which operates 100% of the airports in Florianópolis, Macaé and Vitória. We are recognized worldwide for the expertise of Swiss investors in operating airports with high quality, comfort, safety and efficiency.

The company has in its DNA a differentiated vision of airport infrastructure, based on the concept of being more than airports, also positioning itself as places for shopping, sightseeing, leisure and with high potential for sustainable real estate development. All administration and projects, however, maintain as a premise the appreciation of the specificities and culture of the places where the airports are located.

The Zurich Airport Group is currently involved in the operation of 9 airports. In addition to the Zurich airport, the company concentrates its investments in Latin America, where it operates in the airports of Bogotá, Curaçao, Florianópolis, Vitória, Macaé, Belo Horizonte and in the airports of Iquique and Antofagasta, in Chile. In Belo Horizonte, the Swiss group has been operating the Tancredo Neves International Airport with the CCR and Infraero groups since 2014. In 2019, the company also won the concession to build and operate the second airport in New Delhi, India.

Zurich Airport in Switzerland has been voted the best airport in Europe 18 times. It receives around 30 million passengers a year. With three terminals and also Ther Circle, the airport has an excellent structure with shops, various services, restaurants and even a large park. 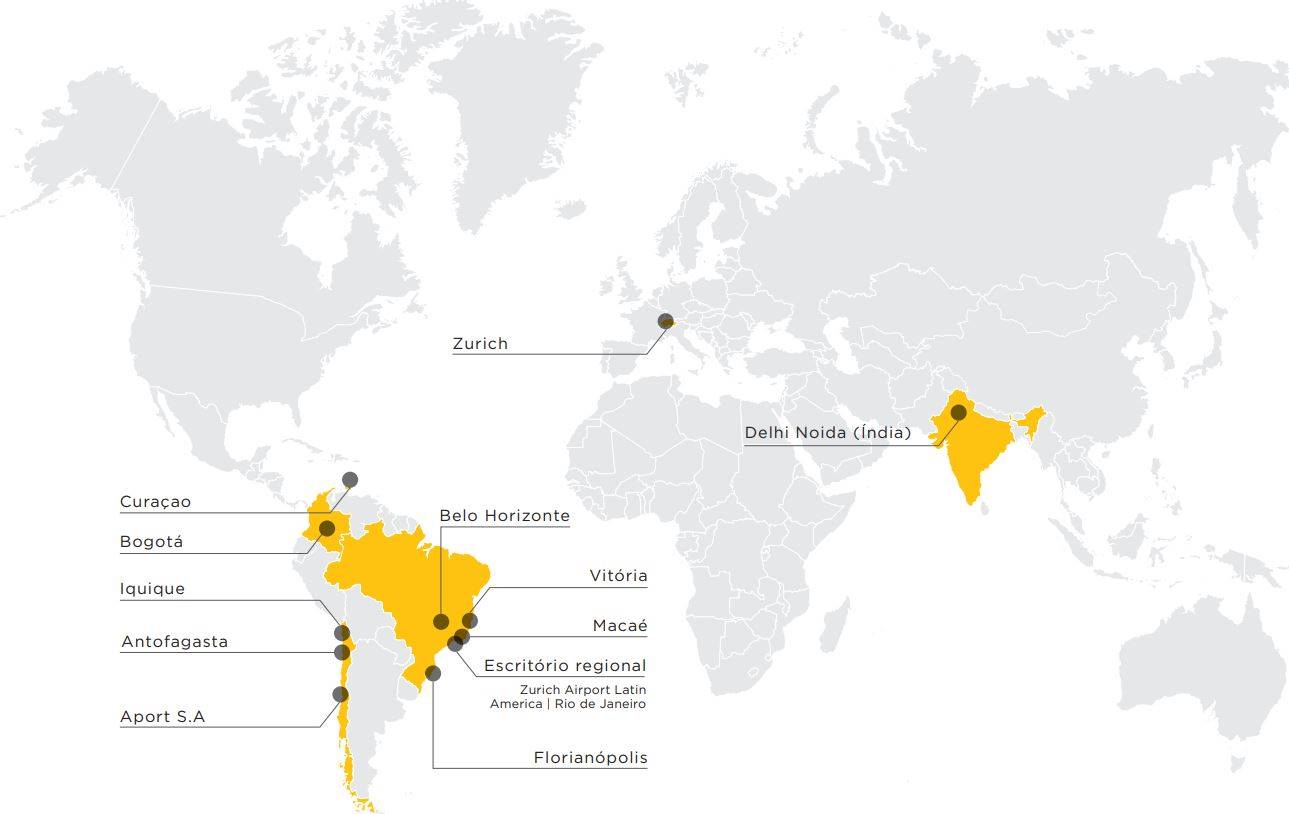